Day two of my trip.  My only full day in Portland.  After a quick breakfast at the hotel I headed out to explore downtown a bit.  I could not go far as I found a small photo lab and camera store, Yes. They still exist in small corners of the civilized world.  I need to stop in when they opened for a polarizing filter and a neutral density filter.  I cleaned mine before the trip and left them on my desk... Duh.  Oh well in the grand scheme of things a small blip.  After getting the filters I wanted thru the Pearl neighborhood and Chinatown.  I love that much of the old 1950's neon and signage still exists in Portland.  The city has a welcoming feeling of old and new and the independent spirit permeates every fiber of the city.  I found myself at the Chinese Gardens when they opened and spent several hours there. 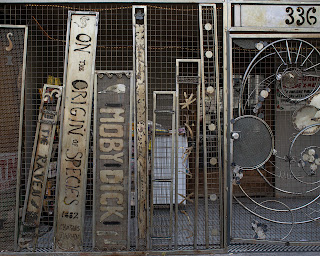 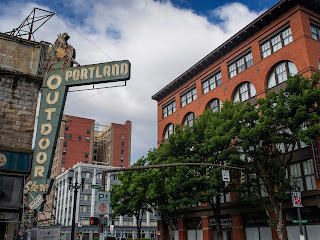 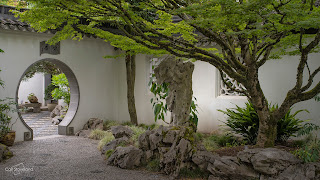 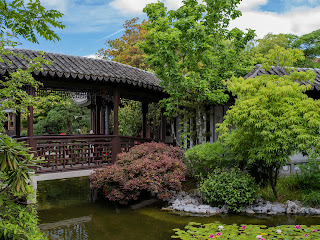 The Chinese Gardens were an Oasis in the middle of the city a gem hidden in a few blocks space.  The garden was a contrast to the sprawling Japanese Garden from the day before.  Both incredibly beautiful but quite different.  In the afternoon I wandered the length of Alberta Street with its shop and galleries and murals.  There were so many murals.  sometimes on the front of buildings and other times waiting to be discovered down overgrown alleyways.  I was in my glory thing to show of this amalgamation of function and art.  Some of it was whimsical, some with a purpose, Some angry and some joyful.  A stroll down Alberta street is required for any visitor of Portland.  I was thoroughly charmed by this city.  Portland was explained to me as being like Lake Worth on steroids.  That sounds about right, although I'd add it has very polite drivers and pedestrians who get along quite nicely.  Both Portland and Later in Seattle I saw a lot of homeless folks.  I saw tents on sidewalks and small encampments.  I will say that by 8am the tents were put away and it was business as usual.  Considering how many people seemed to be living on the streets there also seemed to be very little begging.  I'm not sure how this all works but it seems to function ok.  Anyway.  It was a city i would love to spend more time in. 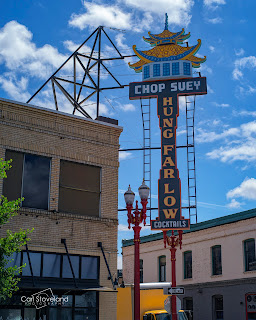 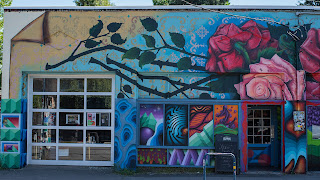 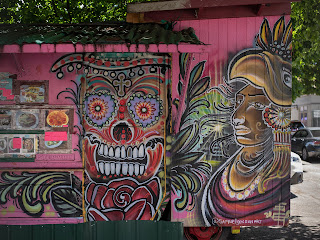 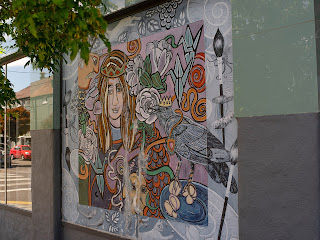 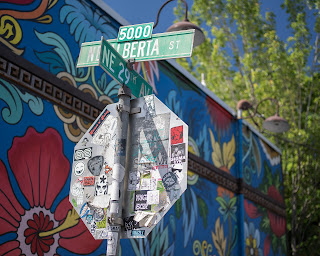 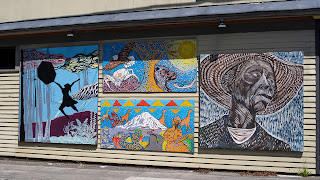 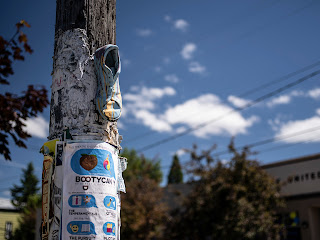 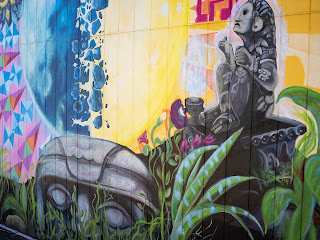 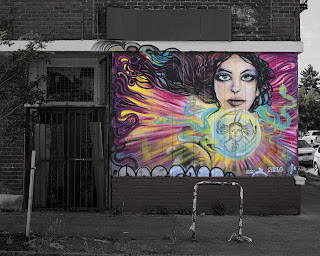 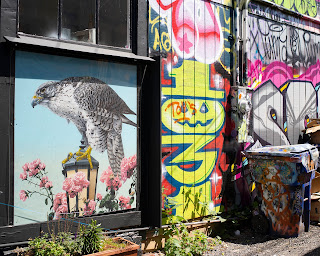 After an afternoon on Alberta Street I met up with Ron and Jen Walls and Jen's sisters Wendy and Sarah at Ned Ludd Restaurant in the NE corner of the city for an amazing farm to table meal and an evening of great conversation about art and politics and family and all sorts of stuff.  It was an amazing evening and would be the last meal I had with cloth napkins for the next two weeks as the next day I would meet up with Shawn Moss and the camping portion of the adventure would start. which meant I would babe trading hotels for tents and restaurants for meals cooked over open fires.  The adventure continues tomorrow. 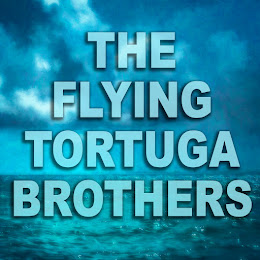